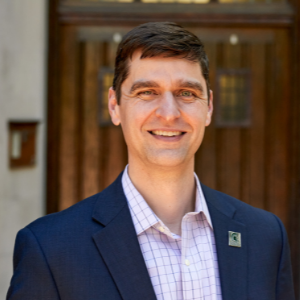 Brad has spent his career commercializing early technologies in the physical sciences. Before becoming Director at Spartan Innovations he was an Entrepreneur-in-Residence (EIR). As an EIR he worked with Michigan State University faculty and staff to facilitate commercialization of bio-based materials technologies discovered or developed at the university. Before his arrival at Spartan Innovations he lead the materials research and lightweighting activities in the Core Science group at Tenneco Automotive, where he worked to develop the next generation of exhaust and suspension systems. Prior to Tenneco, was at ExxonMobil where he investigated renewable fuels, catalysis, and hydroprocessing technologies that resulted in more than a billion dollars of investment in refining capacity. Through these roles, Brad has experience working with start-ups, national labs, research institutes, and university faculty on commercializing new technologies. He earned his B.S. in Chemical Engineering at the University of Missouri and his Ph.D. at Purdue University in Chemical Engineering with an emphasis on heterogenous catalysis. He has 19 granted patents and 28 published patent applications.