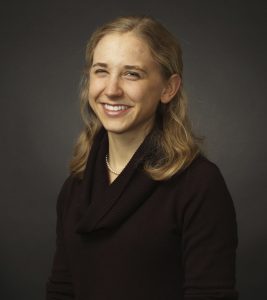 Dr. Kristen Cetin, assistant professor in the Department of Civil and Environmental Engineering at MSU, is working to improve energy use and comfort within buildings in order to create more energy-efficient and interactive operations within them.

Cetin has been working in the building industry since 2009 in various capacities in both industry and academia. “I have always been interested in sustainability and academia. It was through those that I found my way to where I work today,” Cetin said.

Dr. Cetin’s interest in sustainability has led her to her more than a 10-year span of building research and her cutting-edge research here at MSU. Cetin is currently working on the ARPA-SENSOR Project as well as the Alfred P. Sloan Foundation Project.

The ARPA-E SENSOR Projects is dedicated to using simulation, challenge testing, CO2 technologies, and occupancy recognition to design a more energy-efficient building. Its focus is on the integration of occupancy sensor systems into buildings to improve energy efficiency.

When asked how her research impacts everyday life, Cetin explained how buildings are an integral part of current and future smart city infrastructure.

“As buildings become smarter, with more interconnected devices and more advanced controls, this provides the improved ability to monitor and improve efficiency and performance and to interact with other parts of a smart city,” said Cetin.

Cetin has faith that integrating smart buildings into a city will have a lasting positive change on the environment.

“Buildings are where we spend 90% of our time; they also consume nearly 75% of electricity and 40% of energy in the U.S.,” Cetin explained. “The results of ongoing research efforts support improving the comfort of buildings for occupants while reducing the energy use and thus environmental impact that buildings have.”