Listening to Kathy Steece-Collier talk about her research on the development of improved therapeutics for people with Parkinson’s disease, it’s easy to get caught up in her enthusiasm.

She describes sitting by the pool with her children on spring break about a dozen years ago, reading a manuscript about a particular calcium channel in the brain.

“I thought, ‘This could be a game changer!’” 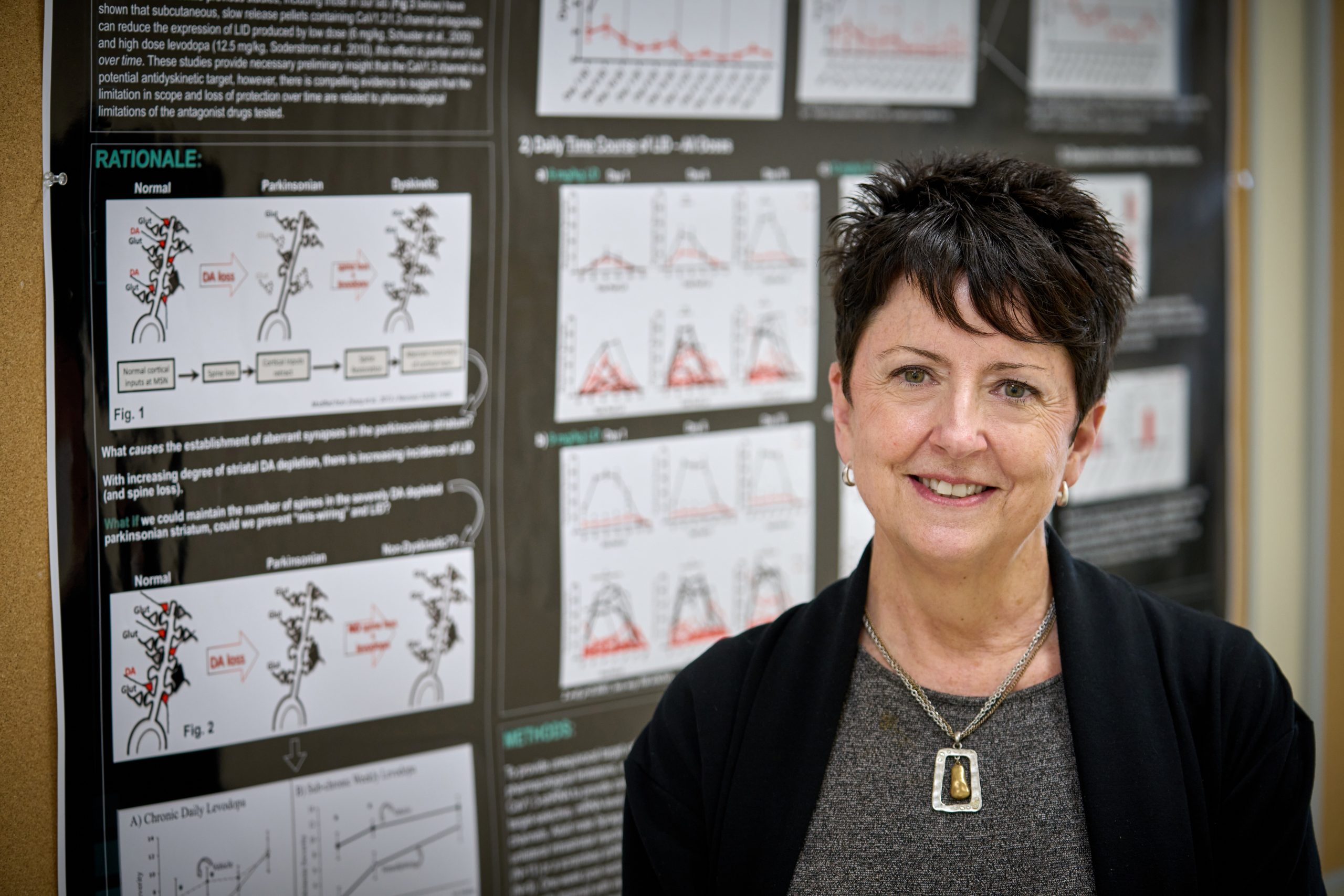 Steece-Collier, MSU Innovation Center’s 2021 Innovation of the Year award winner, was doing a little light poolside reading about a newly discovered mechanism – specifically, a calcium channel – that was shown to be involved in changing the structure of brain cells in a region of the brain affected by Parkinson’s disease.

She wondered whether the specific structural changes mediated by this calcium channel could prohibit the side effects that come with levodopa, a common drug to treat Parkinson’s disease.

Levodopa, a drug prescribed to alleviate tremors, stiffness and other motor symptoms characteristic of Parkinson’s, often causes dyskinesia, a drug-induced side effect that results in the involuntary and uncontrolled movement of hands, head and other body parts. The behaviors can be so debilitating, they significantly impact the quality of life for patients.

“The effects were partial and very transient,” she explained. “But it showed us the target we were looking at was promising.”

She then worked with a colleague in her department, Dr. Fredric Manfredsoon, to develop a gene therapy approach that would provide more potent targeting of these calcium channels and, thus, a more lasting and potent therapeutic effect. 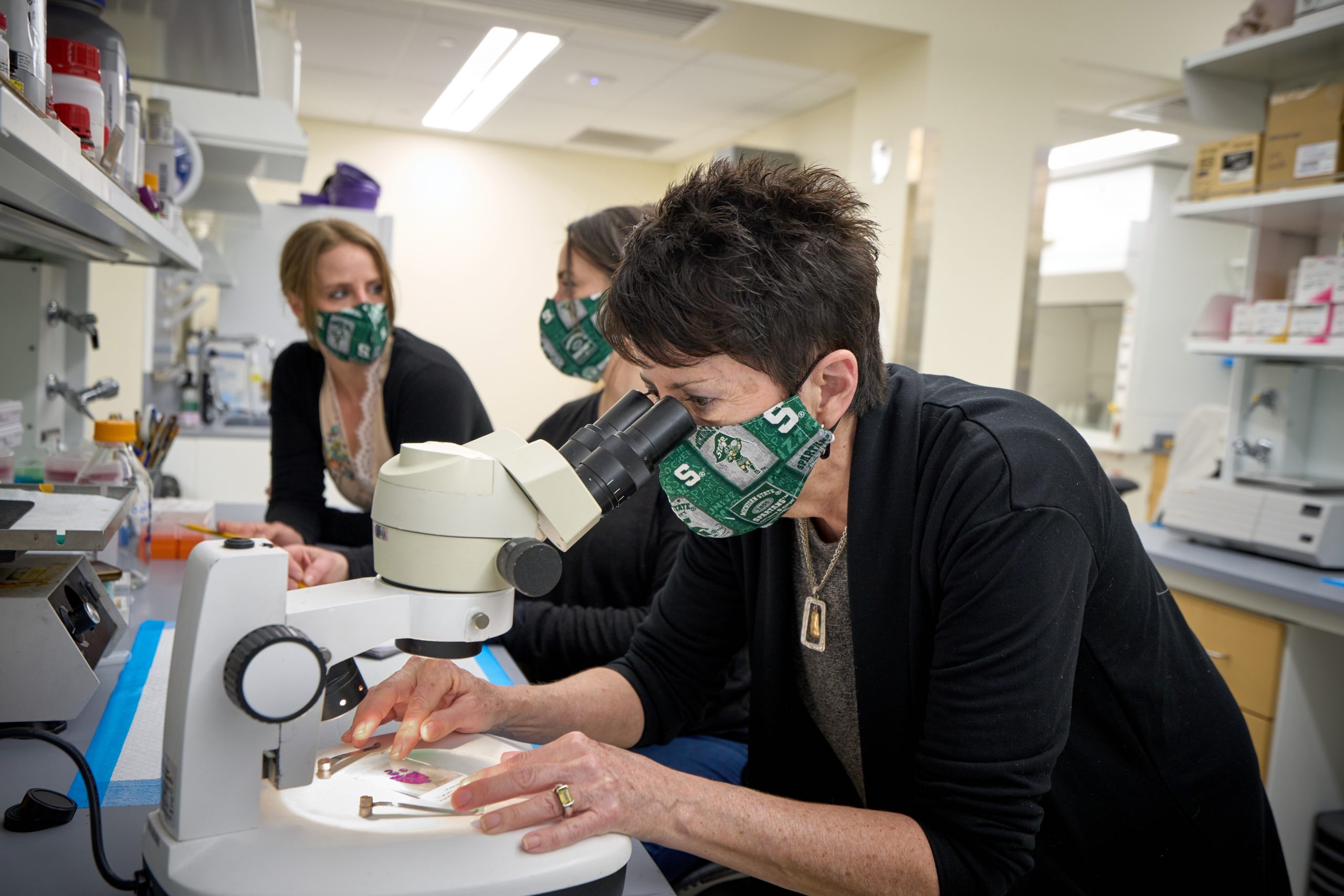 In 2019, Steece-Collier and her team received a $2.8 million five-year federal grant to continue studying the capacity and limitations of this gene therapy that can reduce and eliminate those side effects by addressing structural changes of medium spiny neurons in the brain associated with movement.

“I’ve been studying ways of dampening dyskinesia for approximately 20 years, and I’ve never seen anything this effective,” said Steece-Collier, who is a professor in the Department of Translational Neuroscience in the College of Human Medicine.

While there is still much work to be done, she said if their second phase of studies continues to show similar strong promise, this work is on track to go to human clinical trials, meaning the possibility for better quality of life for Parkinson’s patients.

“My grandfather had Parkinson’s. I have a picture of him in my office, and as I was writing grants or thinking about the research, I’d turn to the picture for inspiration,” she said. 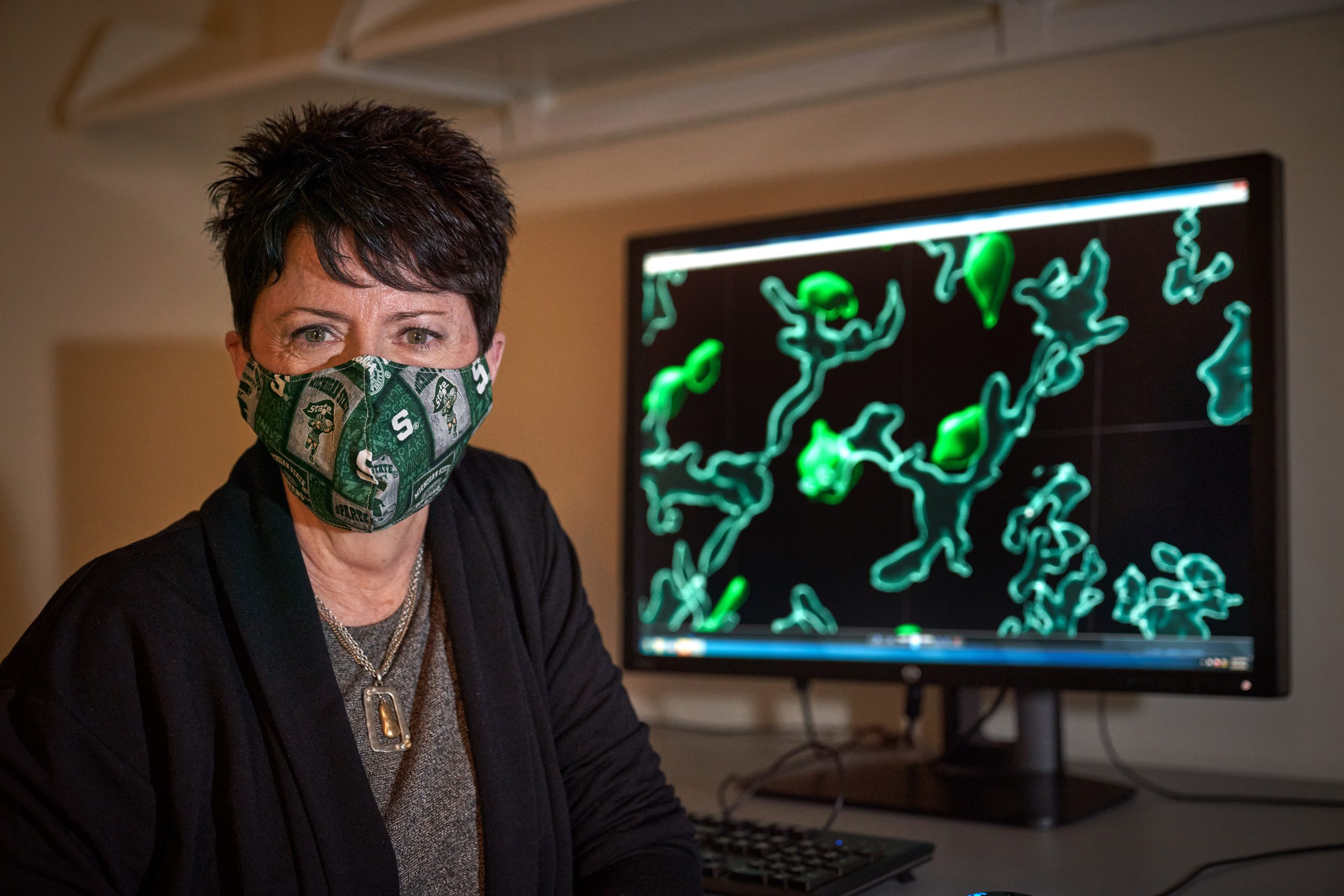 The effort to move her research forward toward clinical utility has also been supported by the MSU Innovation Center. “They worked with us to get a provisional patent on the gene therapy, and they continue to work on the intellectual property aspects of it.”

A year ago, she was contacted by two companies interested in clinical trials.

“That’s really rare,” she said. “When you have an idea, it’s hard to find even one company that’s interested. To have two approach us is really remarkable. MSU’s intellectual property managers and lawyers worked with us to help us choose the best partner. We have a talented and dedicated team that is working toward a promising new therapy for people with Parkinson’s disease.”