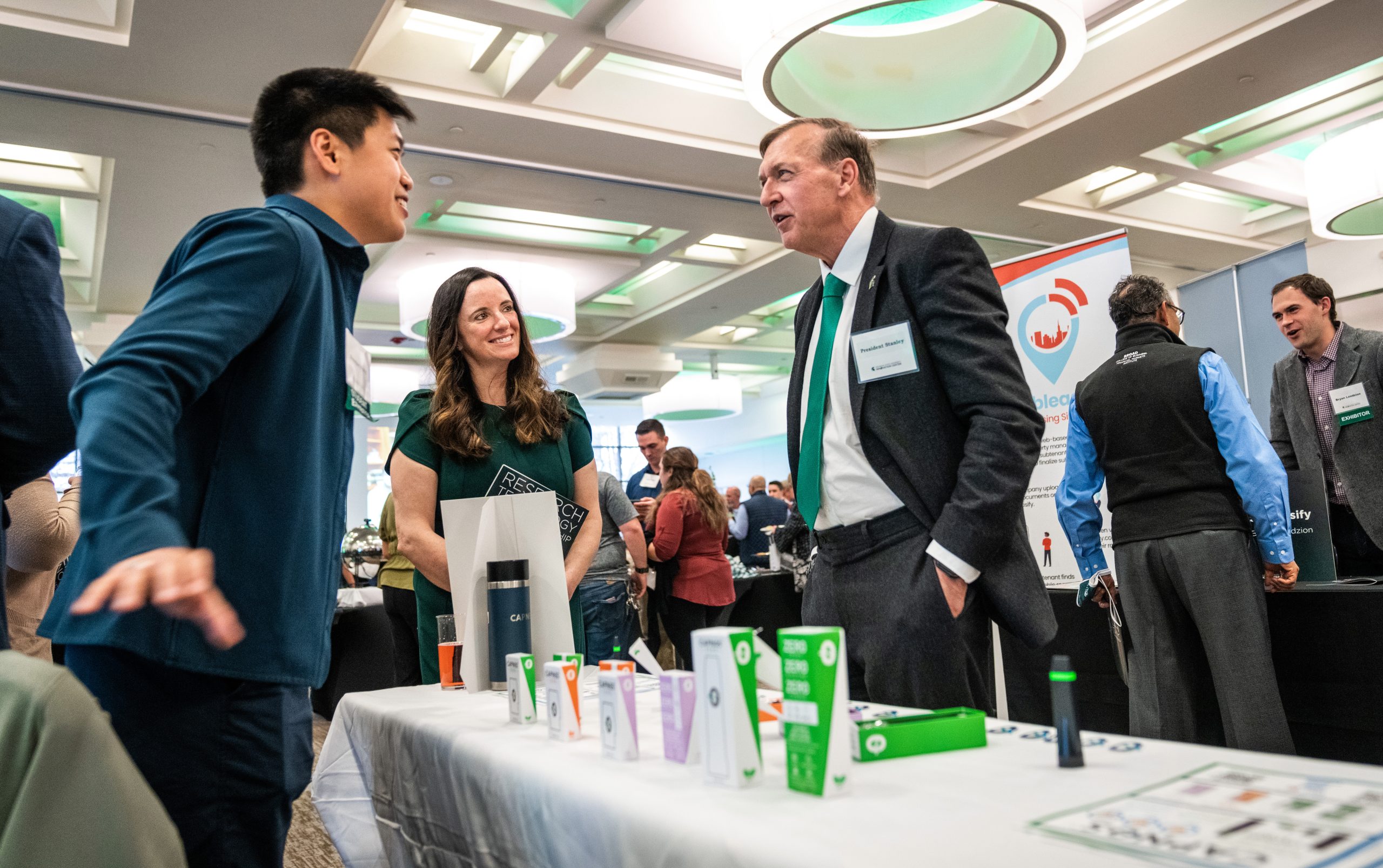 When one door closes, another opens. For graduating Supply Chain Management senior Brendan Wang, the door is wide open for new opportunities as he accelerates the momentum of a technology that is helping put an end to the nation’s vaping epidemic.

As a teenager who struggled with vaping, and as an MSU sophomore, Wang recognized the potential to help 28 million people in the nation quit vaping by creating a patent-pending, flavored, pressurized air inhaler that mimics a traditional vape pen, but with zero smoke, zero nicotine, and zero charge. After nearly two years of hard work and determination, the CAPNOS Zero®  is off to a promising start within its first few months in the market.

Through resources at the MSU Innovation Center, along with the Burgess Institute for Entrepreneurship and Innovation, the CAPNOS Zero is now being sold to thousands of consumers across the world every month, both online and in stores.

CAPNOS recently partnered with Wellness Aids Services of Flint to support clients who are trying to quit vaping. They intend to establish further partnerships with national and global tobacco quit programs, along with advocacy groups with an aim to help people better manage their behavioral cravings to successfully quit.

With a growing level of support through receiving endorsements from quit therapists, doctors, and clinicians, Wang prepares to “invite an open conversation into improving an industry in need of innovation by tackling one of the leading causes of death through a behavioral approach.”

Wang also was among a group of student exhibitors at the MSU Innovation Center’s 2022 Innovation Celebration in April. He was able to network and showcase his product to the MSU community as well as industry leaders. “It was really meaningful to be in a space with people who have created such impactful technologies and innovations,” he says.

Wang faced numerous challenges within his business: from balancing a rigorous academic course load and personal life, to losing his co-founder after two years, needing to learn all verticals of his business, and growing his team from 3 to 8 people within a few months, Wang says “I’m extremely grateful to have gone through that. It gives me a boost of confidence to overcome any hardship knowing the impact we have on our customers.”

Many of their consumers have reached out about their success with the CAPNOS Zero product.

“We have hundreds of customers who have written letters or shared DMs, talking about how they’ve gone weeks and months without relapsing,” Wang said. “There are people who have gone decades smoking and vaping, but finally after trying everything out there, they found success with CAPNOS… which is so rewarding to hear.”

With thousands of monthly sales and global name recognition obtained organically, Wang is looking toward the future by focusing his attention on redirecting his business by utilizing social media platforms to create a highly engaged ecosystem.

“For the next two years, we are focusing extensively on using existing channels such as TikTok, Facebook, Instagram, and Reddit,” Wang said. “This has been a very efficient way of getting our product out there.”

Wang envisions five-to-ten-year plans to expand digitally and become the leader in solving behavioral addictions in cessation to see his company’s impact around the world.

“I want to help as many people as possible,” Wang said. “We’re on a mission to prevent lung diseases and save lives. Together, we’re putting a cap… on vaping. After all, who will? Spartans Will,” he says.