“Ask the Expert” articles provide information and insights from MSU scientists, researchers, and scholars about national and global issues, complex research, and general-interest subjects based on their areas of academic expertise and study. They may feature historical information, background, and research findings or offer tips. 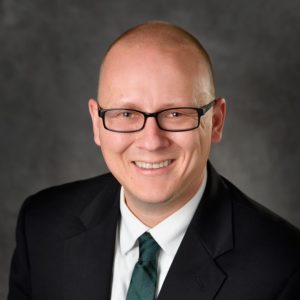 Michigan State University’s Peter Savolainen is always thinking about how to make driving safer, in part because the people behind the wheel might not be.

“This may come as a surprise, but we’re not always perfect drivers,” said Savolainen, an MSU Foundation Professor in the Department of Civil and Environmental Engineering. “So much of driving is subconscious,” he said. “If you were driving for 10 miles, and then I asked you what you saw three miles ago, there’s a good chance you would have no idea.”

He and his team are working on designing roadway features that help drivers and pedestrians stay alert, especially in settings where crashes are more common. To do this, the researchers are amassing and studying data on driver behavior, including surprising trends that emerged during the pandemic, to create the best solution for a given problem. We asked Savolainen to share how Spartans are working to save lives   — as well as some safe-driving tips before you gear up for your summer road trip.

What motivated you to get into this line of research?

Here in the U.S., we have roughly 40,000 traffic fatalities on an annual basis. Just here in the state of Michigan, there are 1,000 citizens per year, roughly, who lose their lives as a result of traffic crashes. To that end, this is an area where we can really have a lot of impact on addressing a real public health issue.

Can you share an example of how you’re working to make roadways safer with design?

We try to design features that make it less likely that drivers will make a mistake. For example, we use signage, pavement markings, and physical characteristics of the roadway environment to provide important cues to drivers. This may include making lanes narrower in pedestrian-heavy areas, so drivers slow down.

We’ve done a lot of work on pedestrian and bicyclist safety. We can see how drivers respond to pedestrians in different environments. For example, if there’s a painted crosswalk or a pedestrian crossing sign — maybe it’s a flashing sign — or another more conspicuous feature. We can evaluate which are most effective at gaining a driver’s attention.

“That’s one of the big concerns nationally and globally; there’s a lot of thought that people, in general, have started to drive more recklessly. ”– Peter Savolainen.

We’ve also done a lot of work broadly in driver feedback signs. Another example is when you’re on a freeway that’s at 70 mph or 75 mph, and you come up to a sharp ramp that requires reducing your speed to 25 mph, sometimes over very short distances. Drivers have difficulty with that, and so we see a fairly large, disproportionate number of crashes at those locations.

We’ve tested out various types of sign strategies, and you’ve surely seen these. We’ll have a radar device attached to the sign that’ll measure your speed, and if you’re going above a threshold, it will either flash what your actual speed is or it will tell you to slow down. We’ve also tested these devices when drivers are entering small towns on two-lane highway networks to make sure we can drop their speeds down closer to what the posted speed limits are.

Another example is work zones, where we require lower speeds when work activity is ongoing. Oftentimes, you see just those static signs that tell you, “45 mph when workers are present.” But the nature of construction is so fluid, so we’re working with the Michigan Department of Transportation right now on some dynamic electronic signs where we’d only tell you that when there’s actually work activity ongoing, for example. The idea is that would likely make the signs more effective because, as it stands now, you don’t see as much compliance as you’d hope.

We’ve done quite a bit of work in trying to understand how well those types of signs actually change or influence driver behavior.

And do the signs work?

Generally speaking, yes — as long as we put them in the right place.

If you notify drivers too early, they’re not as effective. But then you also need to think about how long it takes drivers to process that information. So the signs can be more effective if we both design and locate them appropriately. We’ve actually got a few papers and studies right now that we’re developing that are looking at those types of issues.

What’s been the most surprising thing you’ve learned or observed about driver behavior in your research?

We saw really surprising impacts of the pandemic on traffic safety trends. Travel was down in Michigan and nationally, anywhere from 20% to 30%. And with that, total crashes were also down by a comparable amount — 20% to 25%. But when we look at traffic fatalities, those were actually up.

We’re still trying to understand that. We’ve got a few studies going at present, and there has been some speculation as to what the causes are. A lot of it has been attributed to people traveling faster with fewer drivers on the road. If there’s less congestion, we can go faster. But the increases in fatalities have actually been most pronounced on some of the lower to moderate-speed roadways, those with speed limits at 25 mph, 30 mph, and 35 mph.

Part of that probably does relate to congestion. If you’ve got fewer vehicles, you probably have drivers going at higher speeds on these roadways that also have more pedestrian and bicycle traffic. And we have seen really sharp increases in fatalities among pedestrians and bicyclists.

Then there’s another part that’s somewhat difficult to capture, which is whether there was a fundamental shift in who was on the road compared to beforehand. Once travel restrictions went into place during the early days of the pandemic, we may have had a disproportionate number of people who were less risk-averse or more aggressive. Then, in contrast, the most risk-averse or cautious people would tend to stay home.

There were also important changes in the nature of travel. For example, with transit shutdowns, we saw larger numbers of people walking and bicycling given limited low-cost public transportation options.

We’ve got some survey work right now that we’re doing with the Institute for Public Policy and Social Research in the College of Social Science here at MSU. For the past two years, we’ve had a series of surveys that’ll hopefully start to give us some answers as to differences in terms of who was on the roadway at any given time.

Have things changed as the pandemic restrictions eased?

Traffic volumes have largely returned to normal. With that, we were curious to see if the risk of fatalities per mile traveled would decline back to its normal level. Unfortunately, we actually saw even more fatalities in 2021. In 2022, as of May 17, we had 36 fewer fatalities in Michigan as compared to this point in 2021. I do not have a good sense as to why that is, in part because we don’t yet have all the data we would want.

So the short answer is we have some sense of things returning back to normal, but we’re still seeing more pronounced differences than we might expect in other areas. I think that’s one of the big concerns nationally and globally; there’s a lot of thought that people, in general, have started to drive more recklessly. There’s anecdotal support for that, but I don’t know how well it’s borne out by any quantitative research to this point.

What advice do you have for drivers as we head into summer vacation season?

Something that drivers can address is just to try to be more focused on the primary driving task.

The worst case from a driving perspective are distractions that hit all three of those different issues, but even any one of those is going to have some negative impact on driving.

Examples of this include things like cell phone use, but there are numerous factors that divert our attention from driving, including eating and drinking or looking at objects on the roadside. Crash risks are shown to increase substantially for cell phone use and a number of these other, less publicized types of distractions.